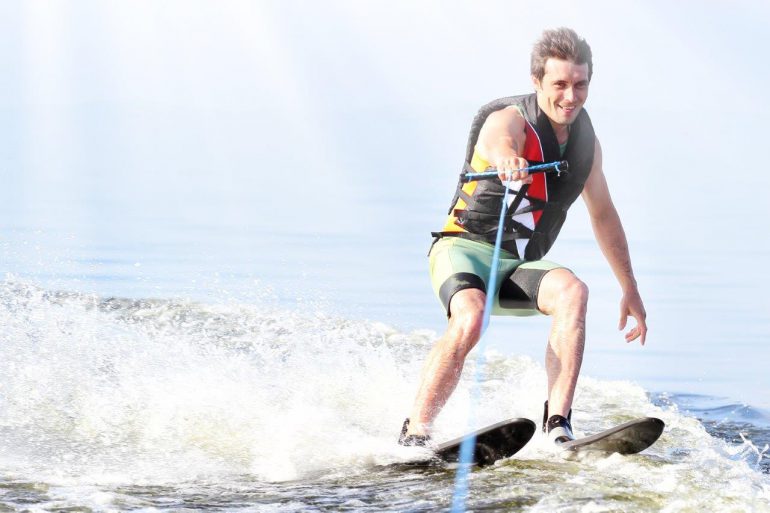 Ok, maybe we’re biased, and we do recognize there’s a learning curve, but it’s more than worth tackling it to be able to enjoy one of the most exhilarating outdoor activities going. You’ll see people skiing the wide-open blue from coast to shining coast, from the best beach spots in the U.S. to the most beloved lakes and reservoirs around the country. We couldn’t think of a much better water sport to break down when it comes to full-body health and fitness benefits. 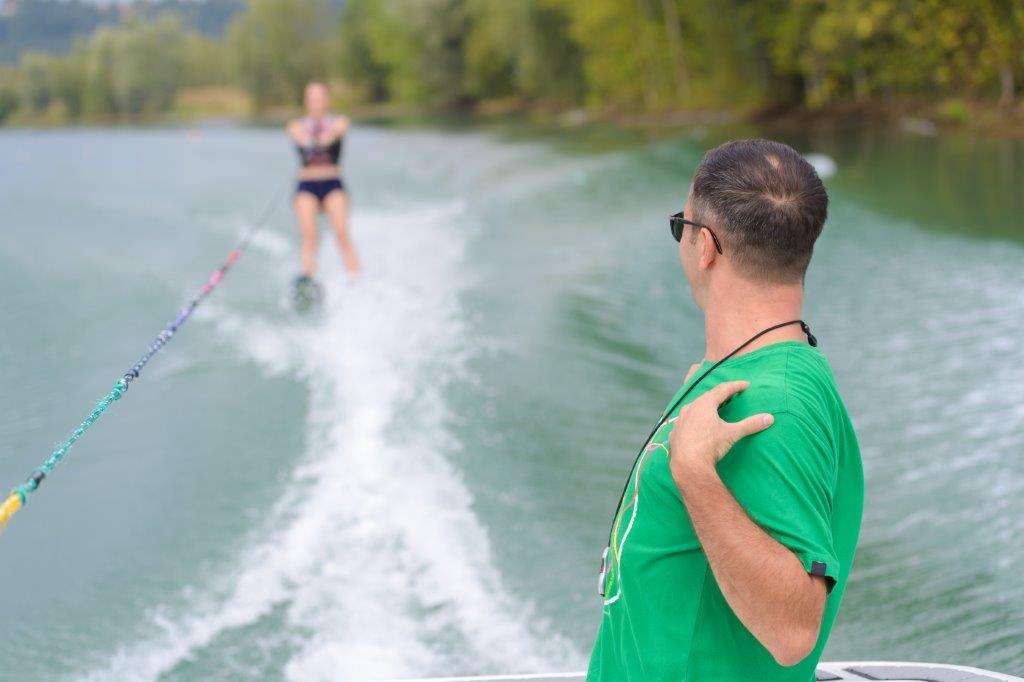 We’re also big believers in the restorative mental health benefits of outdoor activities, and we get particularly amped when we’re talking outdoor water activities. Water skiing is up near the top of our personal list of water sports that offer both benefits to physical and mental health. It naturally and healthfully encourages the strengthening of muscles throughout the body and also requires mental concentration and focus, which brings together mind and body in a unifying exercise that benefits anyone who is patient enough to acquire the skill. 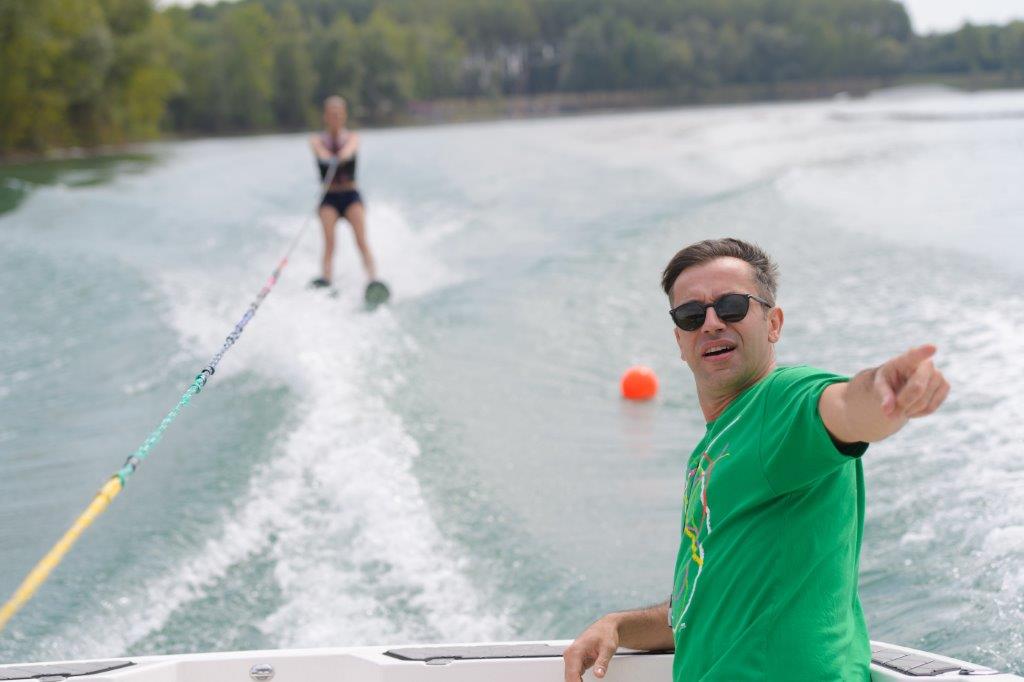 No discussion of how complete a mind/body workout water skiing is would be complete without touching on the importance of the learning stages. Experienced water skiers will attest to the fact that this is the time when you develop not only the technical skills, but also the mental fortitude and patience, specifically to get back up on the skis over and over. It’s a slog at the beginning, but it is truly all about the perspective you take into it. For every future water skier who sticks with it and powers through that first phase, there’s another person who may give up out of sheer frustration, and never get to experience the ecstasy of the water skiing adrenaline rush just because they gave up, maybe even just one ride too soon. It’s just important to point out, especially if you’re planning a trip and have never water skied in the past, that a positive, no-quit attitude goes more than a long way when you’re picking up the craft, which we just know you will! 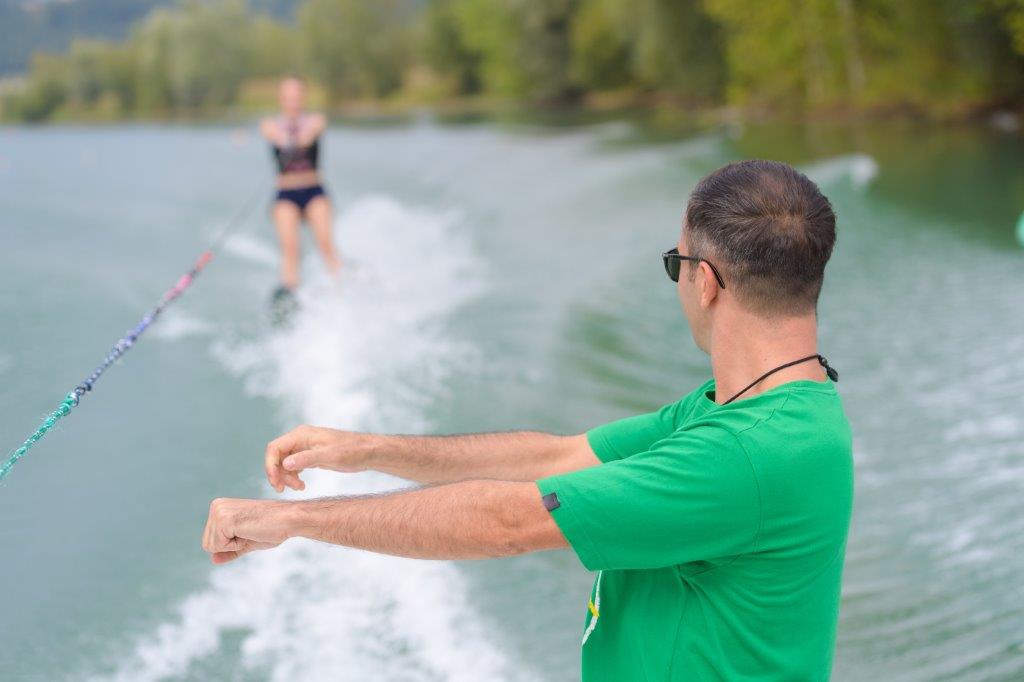 Water skiing strengthens and tones your entire musculature, not just the lower body. Rather, it is an activity that activates and engages the upper and lower body, as well as your core. Even the act of getting up onto your water skis requires core strengthening movements, balancing in the water with your skis in the appropriate position to get ready for the boat to pull you upright onto your skis. Staying up on your skis directly builds and tones muscle and is an especially effective core workout because of the balance and coordination required to keep from taking the plunge.

Then there is the cardiovascular benefit of water skiing. Water skiing is a calorie-burner and the natural rush of adrenaline and cortisol gets the blood pumping and improves mood. It burns comparable amounts of calories per hour as medium-paced running or swimming and adds the element of muscle toning and strengthening that so many people look for in modern workouts such as CrossFit. The big thing for us is that it’s a fun, non-traditional workout that you can look forward to. As compared to going to the gym and working out one or two muscle groups at a time, you get a full-body workout, including cardio, all-in-one.

There are other, perhaps not-so-obvious benefits inherent in water skiing. The balance and coordination you develop on two skis on the water tends to translate to the rest of your life on dry land. People who learn to water ski find themselves naturally more sure-footed in other activities. For many, water skiing helps foster critical self-confidence that impacts other aspects of their everyday lives. In a sense, they find themselves to be more sure-footed in life, in general.

We attribute this to the concentration and mental discipline you quite naturally develop as you hone your skill, and at the same time, enjoy yourself while you water ski more over time. The concentration required to master the skill necessitates developing an acute concentration that has a meditative, calming and restorative effect. It’s not uncommon to wrap up a half-hour of vigorous water skiing without having any clue as to where the time might have disappeared. It’s that kind of fun. Now, we ask you, what better workout can you find than one where you’re having so much fun that you don’t even realize you’re doing it?

Water skiing involves a sort of continual resistance workout, as you engage your arms, shoulders, back, core and legs in a unified effort to balance your body on two skinny sticks on top of water. It’s a fine art, but one that anyone can pick up with the right effort and attitude. Once you’ve got it, you’re going to be building muscle quicker because of the nature of the movements. As compared to, for example, a bicep exercise such as the preacher curl, which specifically keys in on a particular portion of the bicep muscle, water skiing requires that you employ full muscle groups, including smaller, support muscles. This has the effect of not only building and strengthening one part of the bicep, but the full muscle, as well as the muscles and tendons around it. You’re not just getting more muscular or leaner, you’re developing healthy muscle that supports joint health and leads to increased mobility in older age. 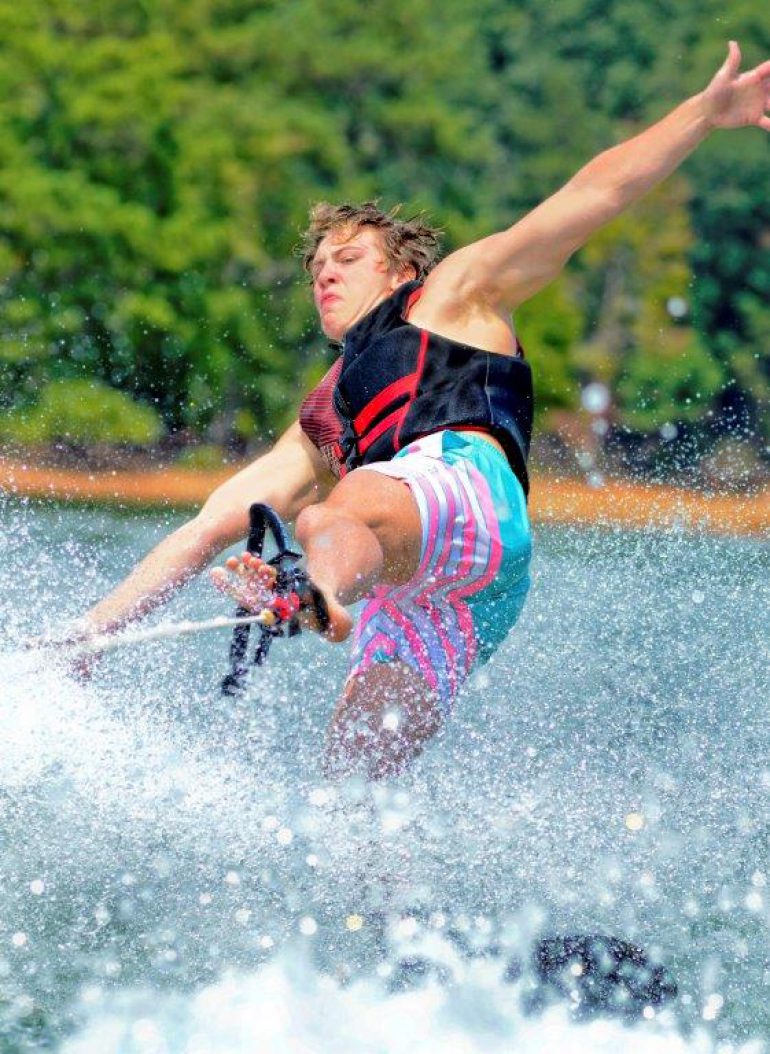 What makes water skiing even more awesome is that you can enjoy it in so many different places. And we’re talking about wildly different kinds of landscapes and environments, from large glacier lakes and freshwater reservoirs to tropical lagoons and calm gulfs and bays. If you’ve never tried water skiing, we highly recommend you give it a shot on one of your next trips. One of the best parts is rooting on the other people in your group as they learn to get up on their skis for the first time. Good times and good workouts naturally blend when you’re bold enough to take the skis out on water. It’s more than worth the effort!

All About Water Skiing

Join the Fun
Waterhead Watersports
No matter the water sport, whether it’s swimming, surfing, boating or fishing you will find ideas on these pages about health and fitness, the best places for your favorite water activity and the latest fashions to make you look good while you’re doing it!